Laura said, ‘I was faced with a tough decision on what to do next after being made redundant. I had always wanted to work in the travel sector and I thought there was no point in getting any job for the sake of it. My friend told me about the Award in Airport Services and Ground Handling Course and I just thought -what do I have to lose? The course was ILA funded, which meant all I needed to pay for was my travels costs.’

The 6 day fast track course, which is delivered over 12 weeks (half a day per week) from West College Scotland’s Greenock Campus, trains students in airport services and ground handling, including ticketing, seating methods, check in and boarding requirements. Laura was apprehensive about her return to study, but her concerns were quickly dispelled.

The course went at a good pace and I really enjoyed being in a learning environment again. I was worried that I’d be the oldest in my class, but I was pleasantly surprised to find out that there was a real mix of ages.

‘It was great learning again and to be back as a student,’ Laura explains. ‘At the end of the six weeks I had an interview with Swissport as they were recruiting for summer. To be in an interview situation was daunting, but I’m a firm believer in what’s for you won’t go by you. So, the job must have been for me as I was offered a temporary position as a Passenger Service Agent at the beginning of June and started 2 weeks later. I check-in and board passengers for various flights with Thomas Cook, Air Transat and various charters. I love it, no day is the same.’

Beverley Hardie, Travel Lecturer at the College explains how West College Scotland is now part of the Swissport Academy of Colleges.  She says, ‘This particular short course offers a direct link to employment with Swissport at Glasgow Airport and Laura is just one of the many students that have successfully  gained employment over the past few years. Due to this success, the College aims to grow our portfolio of courses to continue to provide a strong pool of instantly employable candidates to the Academy.’

Laura added, ‘The Award in Airport Services Course really helped when I went on my Swissport training, as I’d learned most of it during the course. This was a huge advantage as it meant I felt more confident starting work.’

Allison Logan, Trainer from Swissport UK agrees that the College fast track course put Laura in a strong position for taking on her new role. She added, ‘Laura's college course has helped her immensely with commencing employment with us as she had prior knowledge of what was expected of her in her role and a sound knowledge of the basic functions she would be performing on a day to day basis.’

The Swissport Academy is an exciting concept in the UK offering a number of colleges great benefits to lecturers and students. As a company Swissport employs over 60,000 people worldwide in hundreds of different job roles. In terms of employment opportunities at Swissport Glasgow, they recruit temporary staff every summer; for passenger services and dispatch roles, this can equate to 40-50 people.

Allison added, ‘Swissport endeavour to retain these temporary staff if possible, but this depends highly on each airline's schedules during the winter period. Laura has been doing well since she started and is a valuable member of the team. She is hard working, conscientious and works well as part of the team here at Glasgow.’

Laura has recently found on that she has been offered a permanent contact after a successful 3 month probationary period.

Laura said, ‘I’m at my happiest when I’m learning new things and this course has really opened doors for me. If someone told me you can change your career in just six days, I probably wouldn’t have believed them – or thought it was even possible. You expect to study for quite a while then it can take a long time to find your dream job. Well, I’m proof it can be done and it’s the best thing I’ve ever done for myself.’

For more information on the next course start date click here. 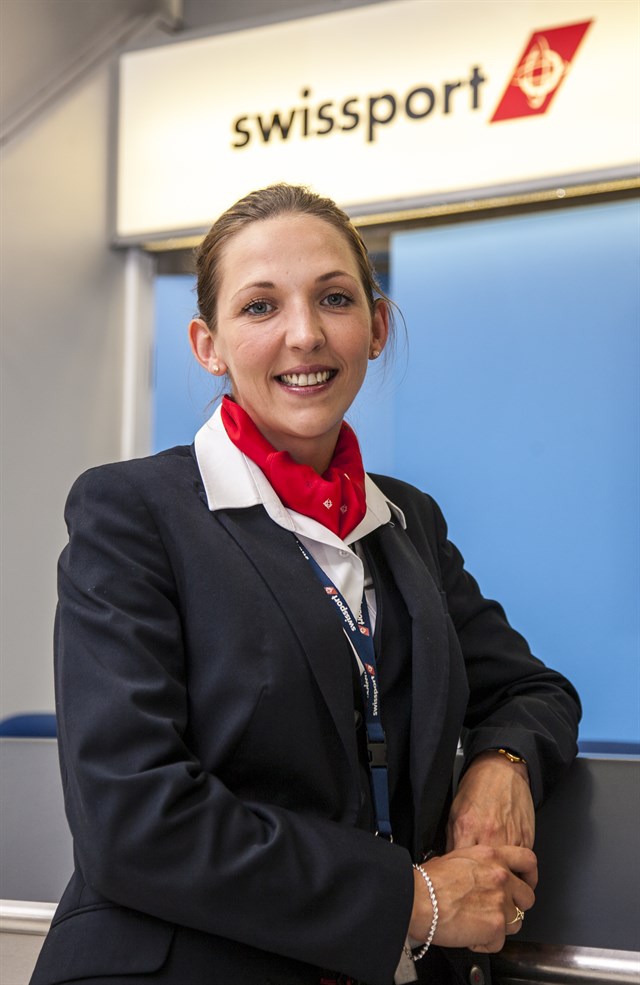