Since graduating from the BA (Hons) Drama at West College Scotland, David's theatrical practice and writing skills have gone from strength to strength. His work is today selected for performance at this year's Buxton Fringe and Edinburgh Fringe Festivals.

The skills and BA qualification David gained at the College enabled him to undertake a Master's Degree in theatre directing. David also developed his drama skills further through a month long residency at Shakespeare's Globe. 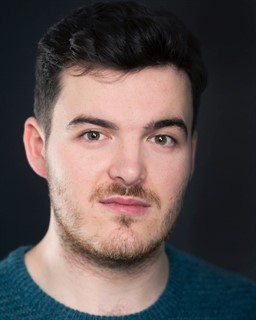 Going from strength to strength in his practice, David had the opportunity to work alongside some of the most influential directors and companies in the Scottish theatre industry. He was thrilled to join the national tour of Jason and the Argonauts with the National Theatre of Scotland and Visible Fictions.

In addition to acting, David has developed strong writing skills. He worked alongside award-winning playwrights to create new work and also developed his own work with several emerging artists.

Today, David's work is making its way to prestigious stages. One of his recent productions for Voila! Europe Festival in London has been selected for performance at this year's Buxton Fringe and Edinburgh Fringe Festivals.

I'm certain without the grounding and support I received as part of the BA(Hons) Drama course at West College Scotland, I would not be capable of pursuing this career.